Creativity, Part 9 of 10: The final challenge and epilogue 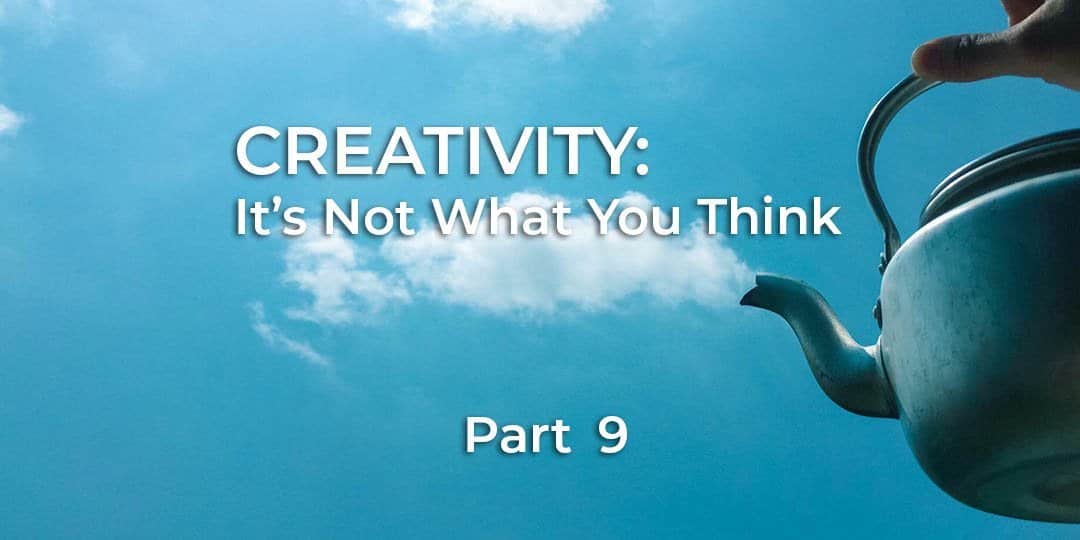 In the exciting conclusion of Creativity: It’s not what you think! The prince defeats the best swordsman in all the lands–while blindfolded! The epilogue takes the entire narrative in a different direction, and brings everything to a close. Enjoy!

The Final Challenge and Epilogue

The return of the prince for the fourth challenge

Flash forward six months, The prince has returned overcome the first three challenges, and is about to attempt the four and final challenge…

The prince had been diligently following Art’s advice for the past six months, and had continually challenged himself to learn, grow, experience as much as he could each day.  He knew that what he had learned would help him now with this final challenge.

The crowd parted the way as a huge man, magnificently oiled and muscled, came up to the prince, and withdrew his huge scimitar from its dented and scratched scabbard with a deadly shriek of metal on metal.

“Are you sure this is the best swordsman in the lands?” The prince asked the poor-but-wise-man.

“Absolutely,” replied the old man. “He has lived through many wars, and has lost his father and a brother in the service of our leader.”

“Then, the blindfold please” said the boy prince calmly.

Before it was tightened over his eyes, a simple shepherd broke away from the crowd. “No!” he cried, this quiet stranger moved by the proceedings enough to dare speak aloud on the prince’s behalf. “Our prince has completed three of the challenges, any one of which would have defeated a lesser man. Give him reprieve on this last and most impossible task.” After his impassioned plea, the shepherd looked around as if noticing the crowd for the first time, then bowed his head and melted back into the crowd.

As if moved by the stranger’s speech, the poor but wise man was about to speak when the prince interrupted.  “A bargain is a bargain. I honor the promise I made, and I must see this through. Anything less would belittle me, and not do honor to the wisdom of these challenges.”

He fastened the blindfold, unsheathed his thin rapier, and stood motionless in the cold morning on the hill.

The swordsman played to the crowd a little, showing off his amazing dexterity with his chosen weapon. At last, with a mighty yell, he came roaring at the prince.

The prince then did the unthinkable. He quickly dropped his rapier, knelt, opened his shirt and exposed his naked chest to the oncoming blade.

The warrior’s scimitar stopped inches from the prince’s bare chest. A long pause hung in the air, as if to give the sword time to think. With another mighty yell that made the crowd step back a pace, the swordsman raised his deadly weapon above his head for the death blow.

The prince did not move a hair’s breadth.

The swordsman tensed his muscles… then… sagged to his knees, his sword clattering to the ground beside him.

The prince took off his blindfold and begged the swordsman to please rise, and solemnly presented him with his sword.

The wise old man rushed up to the prince, filled with questions as to what had happened. Silently thanking the last magician, Art, for his wisdom, the prince said, “To overcome this fourth challenge, I trusted what I learned from an amazing magician named Art, who taught me this.”

“It is not enough to know the appearance of someone, one must know what is in their heart”

“When I ask if this man was the best swordsman in all the lands, you replied that he was, and had served in many wars. No man can go through war unchanged. When you said he had lost his father and a brother in battle, I knew he understood the value of bravery. I had no doubts he would not kill me defenseless, if I but stood my ground.”

The final challenge overcome, the princess walked over to the young prince, looked at the poor but wise man and nodded, then turned to the prince and smiled.  As he looked at her, his mind was filled with the memory of all the lessons he had learned. These lessons would give him the courage to trust himself to live a full, passionate life, and to take action on his creative ideas.

Quietly, but with conviction, the prince knew he was on the path to a creative, exciting and adventure-filled life–

And they lived happily after THE END of this story.

After the Prince of Belle and the princess parted ways that evening, she went quietly back to her suite of rooms in her castle and carefully closed the door, then locked and barred it shut. She turned to the empty room, sighed and said, “It’s alright, it’s just me, come on out”.  With that, four figures emerged from the shadows where they had been hiding, invisibly, to escape discovery.

As they came closer into the light, the princess could see the outline of the poor-but-wise man.  She went over and gave him a long hug.  He said “Thank you, it looks like phase one went very, very well”.  The poor-but-wise man took a step back from the princess and grabbed his face.  He then grabbed his beard and…took it off.  Under the stage disguise was none other than Tony, the magician.

He said “Princess, it has been a pleasure watching you work all of these years.  When you first got the four of us together and told us your plan to help the kingdom, we were first astounded, then amazed at your foresight and wisdom. Thank you for seeing the strengths and talents in us that we did not even see in ourselves”.

The next figure came closer to join the conversation.  The princess also embraced the man and thanked him.  Tony watched the princess embrace the court doctor who had checked the Prince of Belle’s pulse on the third challenge.  “Ras you old devil” Tony exclaimed.  “Now that you have mastered medicine, what will you be learning now?”

Ras looked up thoughtfully and said “Good question.  Now that I understand the body, I am going to concentrate on understanding the mind.  For example, it is incredible to me to observe the Prince of Belle absorbing and using all the lessons we have taught him, yet he still is making so many assumptions that he is unaware of having”.

“Oh, you mean like princesses being helpless and needing men to fight over her for her hand in marriage?”  The tall figure that addressed the small group was dressed head to foot in the long robes of a fortune teller, the same fortune teller that the Prince of Lanti shoved aside to get at the giant tree in the second challenge.

“Emussa, you would be the one to point out the biggest assumption of all” said the princess, laughing and arranging herself comfortably on some cushions.

The last figure in the room, Art, had changed out of his shepherd attire, and now sat down next to the princess.  “So”, said Art, “The final step is for the prince to use all the lessons we have taught him and break through the assumptions he had about you, and see you for who you really are.  Perhaps he may even guess at your plan that started with gathering the four of us together and teaching us your ways so that we could help you to become a great and wise ruler of all three kingdoms.  Having us all in the community acting as your eyes and ears to really know what the people want and need was a brilliant part of your plan.  So, when he can discard his assumptions and discover all of that, he will be ready to rule by your side, correct?”

Instead of nodding her head in agreement, the princess smiled a knowing smile and gently shook her head.  “No, my dear Art, he won’t be ready then.  There is still more he must break through, discover and learn.  What you have been describing are all the assumptions that are outside of the prince.  To fully realize his power and potential as a ruler, to do the most good and be the wisest, he has one last frontier to conquer.”

Sensing one of her lessons was forthcoming, the magicians all gathered close.  They looked up at her with devotion, curiosity, awe and even reverence.

Seeing that her students were attentive and eager, she continued.  “The most daunting challenge for the prince, indeed, for any soul, is to break through the assumptions about oneself.  Does the prince assume that he is not powerful because he is the youngest in his family? Just like he assumed that my greatest attributes were beauty and kindness, does he assume that his power and influence as a ruler will come from having a mighty army or conquering the most lands?  When he can challenge the assumptions about himself and realize that the only limits are those that we impose upon ourselves or allow others to impose on us, then, and only then, will he be worthy to rule by my side. Now, let’s talk about how to help bring this about”…

The princess talked long into the night, teaching and energizing her brilliant friends.  The next day, they left happily, at the beginning of the next chapter in their amazing story.

Copyright © 2020 Gerard A. Evanski. All rights reserved.  Reproduction and distribution without written permission of the author is strictly prohibited.